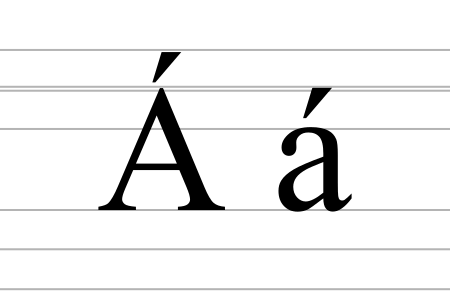 A letter is a symbol that represents one of the basic units in writing, speech, or other forms of communication. In English-speaking countries, it usually refers to an alphabetic character such as A through Z, although some languages use different sets of characters for this purpose.

Letters are one of the first things we start learning from the very childhood. And the letter A takes the most important place among the other ones. A is typically the first letter most people learn to read and write. All of the alphabets of the Germanic, Italic, Slavic groups start with this letter. The only thing is it has a different pronunciation in many cases.

How old is the letter A?

Well, letter A is pretty old. The modern “A”’s mom can be considered an ancient Greek letter “Alpha”. However, it seems to have a much longer history.
There are plenty of riddles associated with the letter A, from its top position in the alphabet to its distinctive shape. The first letter of the English alphabet reveals a story that begins, oddly enough, with a bull.

The letter A comes from the Phoenician letter aleph, a West Semitic word meaning burden. Scholars trace the letter back to the 4000-year-old Proto-Sinaitic script found in Egypt. The aleph symbol is based on an Egyptian hieroglyph depicting a bull’s head. It is interesting that the original image is very similar to the modern letter K. The letter used to serve as a glottal stop in the Phoenician language. It is an interesting fact that earlier, before 750 BC, there were no vovels in the first alphabet. So we should thank Greeks for adding vovels to it.

Some scientists believe that the aleph was placed at the beginning of the alphabet, because the oxes played an important role in the daily life of Phoenicians they were their strong helpers, means of transportation, and a source of milk and meat.

When the ancient Greeks adopted the Phoenician alphabet to make their own, the phoneme aleph was re-named to alpha, possessing the phoneme “a” as in word partner. The former k-looking character was turned upright by the Greeks and changed to a majuscule, letter A. Later Etruscans and Romans also adopted and modified the Greek alphabet. Like the Etruscans before them, the Romans kept the character and phoneme intact; thus the Modern English vowel A was born.

What does the letter A represent?

A – is the symbol of everything perfect. It is used in education to praise the best student’s work. It is used for goods to show their premium class. It stands for number 1 in numerology. A is also a symbol of unity, stability and balance.

When added to some words as a prefix, it gives a contrary meaning to it.

Letter A is being widely used in different fields of science: mathematics, physics, chemistry.

There are also many other meanings the letter A has in different areas. For example, a French poet Arthur Rimbaud lets A stand for black color in his sonnet Voyelles.

The novel “The Scarlet Letter” by Nathaniel Hawthorne assigns letter A a moral, social, and political significance, making it a symbol of sin.

In Alphabetical Musical Notation, the letter A stands for the first note. Also, it can mean the La note.

The letter A is the third most frequently used letter in the English alphabet.

The letter A has three different phonemes, one of which is æ like in and [æn] or bad [bæd], another one is a: phoneme that denotes the long a sound heard in words arm /ɑːm/ or answer /ˈɑːnsə/, and the third one is phoneme ā, that has an ei sound that you can hear in the words apron /ˈeɪprən/ or agent /ˈeɪdʒ(ə)nt/.

The Story Behind the Letter E

The hidden meaning of the letter D
2021-10-04
Previous Post: What Are The Best Tips For Social Media Marketing?
Next Post: The Mysteries Of The Letter B