The Story Behind the Letter E 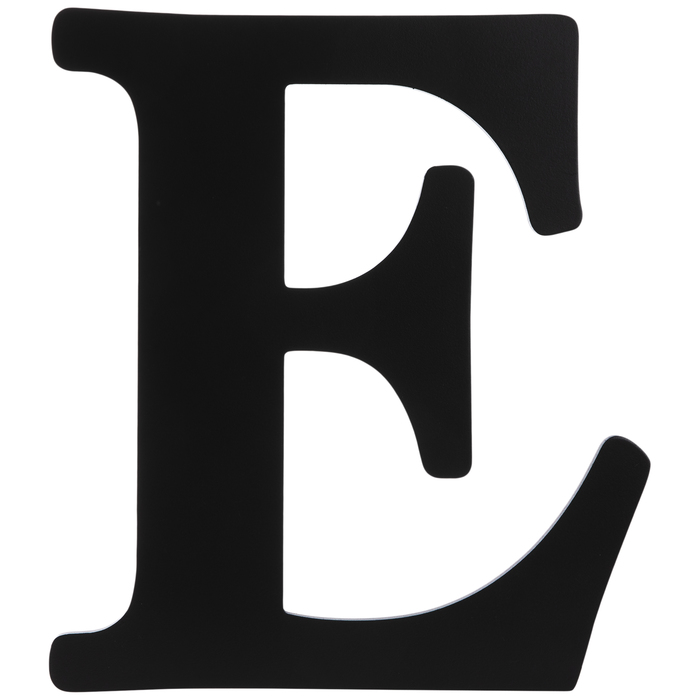 Details are building blocks for the big ideas and constructions. The same goes for letters since they are constituent parts of human daily communication. Each letter takes up its own place in the alphabet and owns its unique origin and historical background. And as a letter is a key tool in crafting words and texts, it is a good idea to learn what letters actually mean. Knowing the roots and the initial value of a letter helps you communicate your ideas more meaningfully. Except for this, it is just thrilling to uncover those meanings of letters that were true and relevant centuries ago in ancient times. Thus, here we are going to explicate the fifth letter of the modern English alphabet and the basic Latin ABCs. It is the letter E, one of the most widely used letters in many languages including Spanish, Czech, German, French, Dutch, and so on. E is covered with numerous beliefs that convey the overall nature of this letter. So, let’s sink deeper into the history and derivation of the letter E.

The etymology of the letter E

Approximately 3,800 years ago, with its Phoenician origins, the letter E resembled a stick with a leg and two arms that indicated a human body. Some scientists even claim that this stick was a praying or calling human figure. In the Semitic language, it was pronounced as an “H”. Around 700 BC, the Greeks began to use this letter, transformed its sound into “ee” and made it look like an epsilon. The original Semitic sign might have derived from a pictograph that depicted a fence or a lattice window. In the Kabbalah, the letter E also represented a window. For the Egyptians, the letter meant “rejoice” or just “joy”. From the fourth century CE, the form of E was rounded. Since then, E is considered a feminine letter and occupies the fifth position in the English and Hebrew ABCs, and takes the sixth place in the Cyrillic alphabet.

The sacred meaning of E

In certain cultures, the letter E is related to the divine spark. For instance, in Egypt E stands for a nature goddess Isis also known as the goddess of rebirth and motherhood. For the Greeks, the letter denotes their goddess of love and beauty – Aphrodite. And in Rome, the letter E was linked with Diana, an ancient goddess of childbirth and the forest. For the Slavs, the letter was the embodiment of growth, movement, and renewal, thus representing life and prosperity.

According to the ancient beliefs, E includes all aspects of the human soul and reflects the powers of nature. The numerical value of the letter is 5. It means that to reach the heavenly realm a human must hone his or her own 5 senses and be developed spiritually. Some esoteric scientists believe the letter E looks like a human eye, and sometimes it indicates even the Eye of God, who is always present in our life and our every action. The major symbols of E delineate the breath of God, window, man, quintessence, and essence. As for the spiritual meaning, the letter E corresponds to experience, enlightenment, ecstasy, and energy. Besides, it also stands for exploration, exaltation, and empathy. The letter E denotes the expressive and expansive nature of people whose names contain this letter. Such people get excited about things going to come and look ahead into the future.

The story behind the letter E is rich and sometimes contradictory. It has a strong impact on most European languages and even religions. Enriched in plenty of symbols and beliefs, E makes a difference in every name and notion in which it’s used. Stay tuned for more historical and interesting content from us!

What are the 3 economic questions that must be answered?
2021-10-06
Previous Post: The hidden meaning of the letter D
Next Post: Education in Different Parts of the World: Key Differences